To be sure, you’ll always have Paris. But of late in France it’s Marseille that’s commanding the lion’s share of the buzz du jour.

From the moment you arrive in France’s largest commercial port and second largest city, the excitement is palpable among both visitors and citizens. Marseille has always been fiercely proud of its diverse cultures and prime waterfront setting, from open air concerts to world-class art exhibitions, there’s something exciting slated for every day of the year, as well as a slew of stunning new architectural projects popping up across town. Improvements to public transport, upgrades to the seafront pedestrian zones and the addition of mixed use spaces to the cityscape are among the 7 billion euros of upgrades that are being poured into the city with the current revitalization project, called Euromediterranée, which is the largest of its kind in all of southern Europe. As a result, Marseille is more accessible, navigable and appealing than ever before and one of the Mediterranean’s most exciting ports of call.

All the glitz and glamour of the latest shiny buildings and the exciting cultural calendar aside, however, there’s still one simple thing that this city — and the people who love it — hold nearest and dearest to their hearts. And in true French fashion, that’s eating.

Marseille’s best-known dish is bouillabaisse — a fish stew made of seafood of all sorts simmered in a savory broth and sopped up with crusty bread. The concoction is said to have been a city staple ever since Greek mariners founded Marseille in 600 B.C., and it was originally made from fish too bony to be sold for higher purposes that was boiled in a mix of seawater and herbs. Of course these days, the dish has evolved quitea bit, with fine shellfish and fish as ingredients. And for every person you’ll talk to in town you’ll get a different recipe and recommendation for where to try the city’s best bouillabaisse. And the citizens, in fact, are much like their beloved stew — a delightful mash up of ingredients that integrate in a tantalizing and exotic way. Follow our lead for that delicacy and more fun during one wonderful port stop in Marseille. 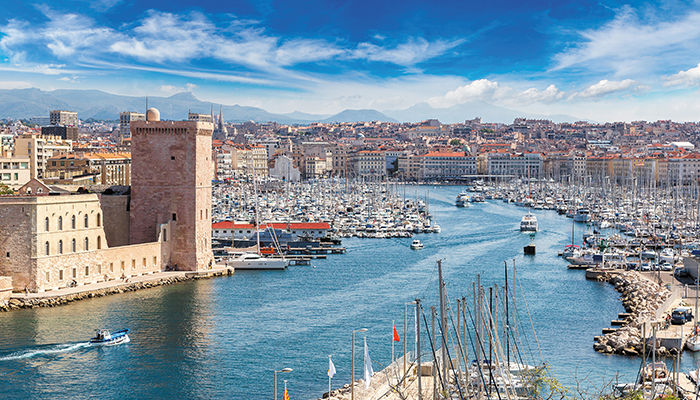 If you make it to only one destination off the ship during your time in Marseille, let it be the Vieux Port (old port), the heart of the city’s atmospheric seafront where the gleaming white pleasure crafts of the Cote d’Azur’s moneyed leisure set bob alongside tiny fishing dinghies weathered by the salt and seabreezes. Your ship will dock just north of here in the commercial port area, and a taxi to the Vieux Port will run you around 18 euros. Once you’ve arrived, excellent restaurants and most of the city’s most important sites are all within walking distance. And the subway station here can link you to more distant city locales. 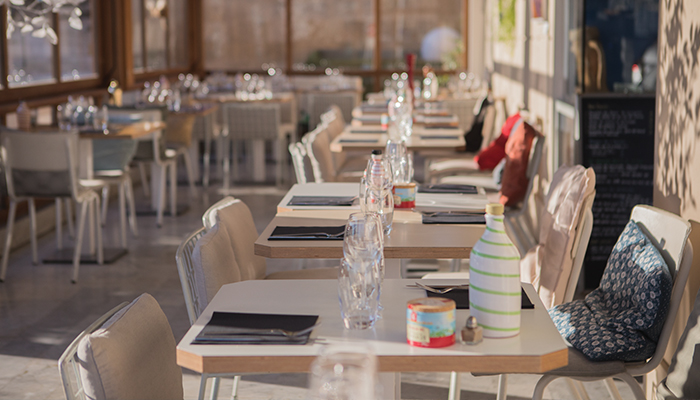 For a first look at the catch of the day, hit the Quai des Belges on the Vieux Port to watch fisherman pull grouper, bream and red mullet right from their boats to sell at a few simple stalls along the water. Place Thiars, on the south side of the Vieux Port, is one of the main squares and is lined with surefire options for people-watching, strong coffee and solid seafood meals. There find L’Annexe, a classic French bistro with a lovely outdoor terrace shaded by umbrellas and set menus of three courses for around 17 euros. There’s a good bouillabaisse on l’Annexe’s menu. But for more varied offerings head to the north side of the Vieux Port’s harbor and the restaurant called La Caravelle. Snag a table on the balcony for sunset views, charcuterie plates and jazz music while tucking into such tasty main courses as grilled sardines, lamb and the fish du jour. There are many other restaurants in the Vieux Port area, but because the area is quite popular with tourists, quality can vary. Other trustworthy addresses for dining well here include Le Miramar (12, Quai du Port), where on the third Thursday of every month from 9:30 a.m. to 2 p.m. you can take a class to learn to cook the famed bouillabaisse, and Chez Madie Les Galinettes (138 Quai du Port). And just two metro stops east of the Vieux Port, you’ll find one of the most theatrical and authentic dining experiences at La Boite a Sardines (7 Boulevard de la Liberation), a fish monger that doubles as a tiny restaurant that’s open for lunch only from Tuesday to Saturday. As the name indicates, they pack you in tight here, with just a handful of tables but more fish than you can even imagine. Just-caught lobster, flopping fresh local fish, urchins, calamari and more are served with a hearty portion of vegetable ratatouille and lots of local color. 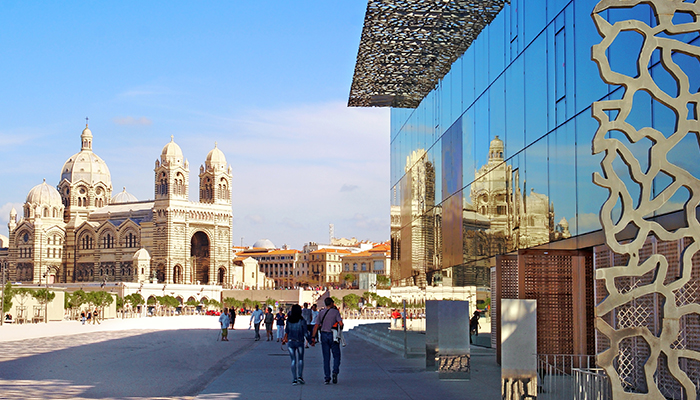 Officially sated, it’s time to set off and explore Marseille. And if you feel like you’re in a food coma, do as the French do — opt for a digestif of strong eau de vie (brandy) to cut through the bulk in your belly and motivate you to move on. There are so many things to see within just a short walk of the Vieux Port. Take the Little Train the open-air street train that leaves regularly from the port’s eastern side for hour-long scenic tours to the Basilique Notre Dame de la Garde, one of the scheduled stops. The church sits atop La Garde Hill, the city’s highest point, and as interesting as its interiors are (be sure to check out the collection of model boats and planes placed here by locals who have safely made it home from voyages) it’s the views overlooking the city and sweeping across the seemingly boundless Mediterranean that really steal the show. Other important buildings to check out include the Cathedrale de la Major, among the largest 19th century churches in Europe, and the Basilique St. Victor, one of the city’s longest standing structures with a crypt that dates to the 5th century.

When it comes to the newer architectural wonders in Marseille, there are two that should not be missed. The most hypedup architectural arrival of late is the Mucem (Museum of the Civilizations of Europe and the Mediterranean), which opened in June 2013 and is being lauded both for being the first standalone national gallery to open outside of Paris and for its tantalizing design. The low-slung boxy edifice cost 190 billion euros to build and is laced with a mesmerizing metal exterior design element similar to a mashrabiya — the traditional Arabic design feature meant to keep interiors cool from harsh sun as well as protect prying eyes from seeing inside. The clean-lined modern building makes for a fascinating contrast with the rough-hewn 17th century stonewalls of the Fort Saint-Jean, right nearby. Back along the Vieux Port, you surely won’t miss spotting an artistic and utilitarian installation by famed architect Norman Foster. The Ombriere is a gigantic piece of polished steel suspended on columns that both shades passersby from the sun or winter rain and acts as a mirror for all the eccentric and fascinating urban activities taking place at the port. Reflected on the Ombriere’s underside is a veritable documentary of port life — from buskers playing music and teens flirting to fishermen offloading their boats. And gazing up you’ll of course see yourself, too, there among the proud citizens and fascinated visitors soaking up a magical Marseille moment.

To experience the culture and culinary wonders of Marseille, learn more about our Mediterranean Voyages.