It was the summer of 1896 when a simple discovery ultimately set off a chain of riches for few and deprivation, hardship and heartbreak for many.

It all began when California businessman, avid prospector and former seaman George Washington Carmack abandoned his ship in Juneau, Alaska, sold trinkets to the Tagish Indians and eventually met his future wife Kate on the reservation. A man who believed in the power of strong visions, Carmack’s dream of seeing two salmon with gold scales proved to be quite surreptitious, prompting him to go on a fishing expedition on the Klondike River with Kate, his brother-in-law Skookum Jim Mason and Mason’s cousin Dawson Charlie (also known as Tagish Charlie). As fate would have it, they met a Nova Scotian prospector named Robert Henderson who generously gave them a tip of an area dubbed Gold Bottom Creek. Skeptical and uninterested, they ignored his lead and headed up the river to hunt moose. Eventually, the group set up camp on a tributary of Canada’s Klondike River known as Rabbit Creek (later renamed Bonanza Creek) where they discovered a thumb-sized nugget of gold while cleaning a dishpan. By the end of the month, news spread rapidly, and the findings sparked one of the biggest stampedes in history. The Klondike Gold Rush was born.

Also known as the Yukon Gold Rush, an estimated 100,000 “stampeders” as they were called flocked to the Klondike region of the Yukon from 1886 to 1899. The United States was in the throes of a recession and newspaper headlines of “Gold Gold Gold — A Ton of Gold” created a national hysteria. Men and women arrived from all walks of life — clerks, waiters, teachers, writers, photographers, doctors and even the Mayor of Seattle — leaving their jobs for the ultimate get rich quick scheme of all time. Unbeknownst to them, the path to riches was not only paved with good intentions but the challenges of treacherous unnavigable territory, avalanches, extreme weather temperatures and possible death lay ahead.

The road to gold began through the ports of Dyea and Skagway in the southeast region of Alaska followed by one of two choices — the frozen Chilkoot or the White Pass trails to the Yukon River. Stampeders had to then sail downstream in homemade boats (resulting in massive deforestation and subsequent loss of animal life). A rigorous trek down the Dead Horse Trail along the White Pass followed (named from the loss of 3,000 horses who became stuck in the mud and died) and the prospectors, many first timers, abandoned their animals and carried a year’s worth of food and supplies down a slippery slope that included 1500 steps of snow and ice known as the “golden staircase.” 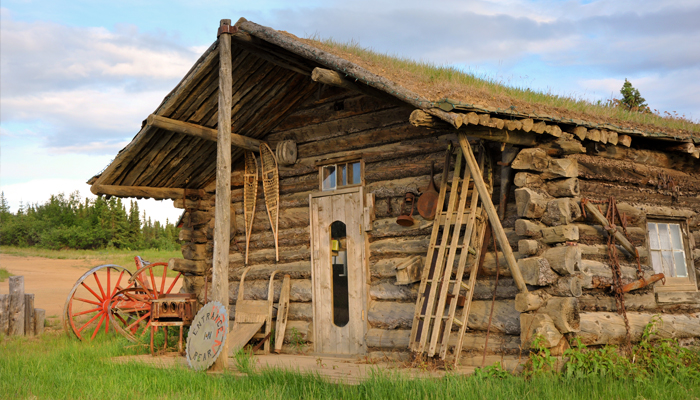 Sadly, only some 30,000 lived to tell the tale of their journey and many went home poorer than when they arrived. Only 4,000 found actual gold as the best creeks had already been staked out and reports of the available ore were greatly exaggerated, giving new meaning to the phrase “a day late and a dollar short.” Others were more fortunate as wealth was found through related mining businesses that developed in the way of steamboat owners, mining tool, lodging and saloons. Boomtowns sprung up quickly, leading to a population boom in the Yukon, Alberta, British Columbia and Vancouver. The events also heralded the invention of the “Klondike Bicycle,” a combination bicycle and four-wheel vehicle designed to carry up to 100 pounds of supplies.

The Klondike Gold Rush has its rightful place in history, perhaps as a cautionary tale as well as the defining moment for the development of the Yukon and culminating at the end of 1898 with the discovery of gold in Nome, Alaska. Heralded in books and the silver screen, the great migration for gold inspired noted American novelist Jack London to pen Call of the Wild in 1902 (the life of a dog named Buck in the wilderness of Alaska during the Yukon Gold Rush) and silent movie star Charlie Chaplin’s silent film Gold Rush in 1925. 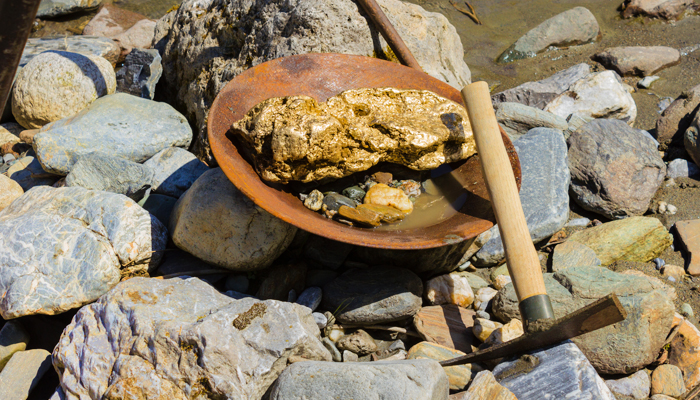 As for George Carmack, he never gave up mining, noting in the 1922 Dawson Daily News, “It just gets in your blood. Although I don’t go out into the hills like I used to, I’d be lost if I dropped mining.” While historians differ as to who in the group was the first to discover the golden nugget, George Carmack, Skookum Jim Mason, Tagish Charlie and Robert Henderson found their permanent moment of fame with an induction into the Prospector’s Hall of Fame in 1988. And no doubt they would be proud to see their names at the base of the prospector statue that towers over downtown Whitehorse, Alaska.