From the historical grandeur of the ancient buildings and basilicas and masterpiece-filled museums to the picturesque piazzas and architecture of Imperial Rome, there is no shortage of things to do and see in Italy’s exhilarating capital. Here are a few of the enduring ancient landmarks that represent the best of Rome. 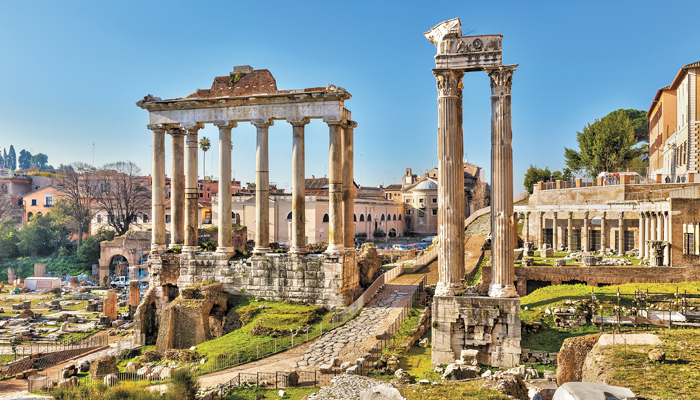 If ancient architecture is of interest, the Roman Forum will not disappoint. First developed in 7th century BC as the hub of commerce and politics, the historical site is the ruins of ancient government buildings at the center of the city of Rome. Located between the Palatine and Capitoline Hills, you can wander through the maze of ruined temples, arches and basilicas and end your visit at the Via Sacra (Sacred Way) that is the route followed by triumphal processions to the Temple of Jupiter. 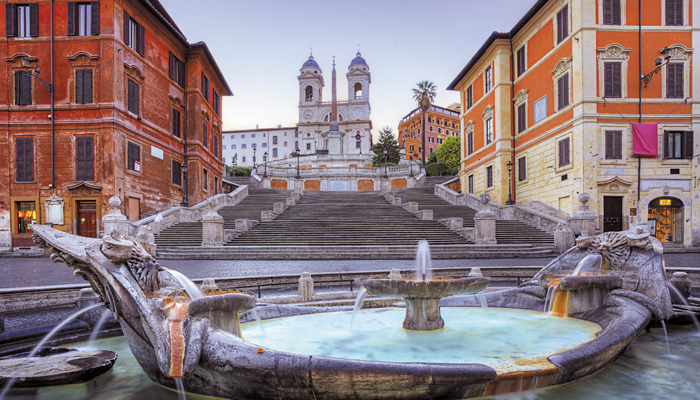 Filmgoers will no doubt recognize the famed Spanish Steps as immortalized in the Gregory Peck- Audrey Hepburn romance Roman Holiday (1953) and the thriller The Talented Mr. Ripley (1999). Built in 1723 by architect Francesco de Sanctis, the irregular butterfly design is an excellent example of Roman Baroque style. The 138 steps connect the lower Piazza di Spagna with the upper Piazza Trinita dei Monti making the location a popular gathering place for painters and poets as well as a meeting spot for locals and tourists. 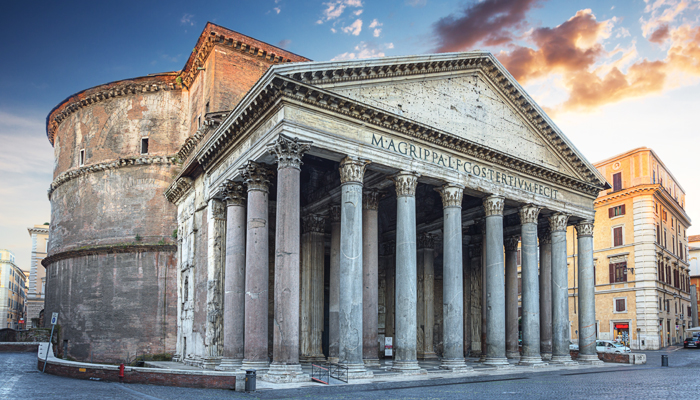 Michelangelo once noted that the incredible architectural achievement known as the Pantheon looked like the work of angels. The former Roman temple’s dome with a hole in the top (known as the eye of the Pantheon and designed as a connection between the temple and the gods) is the largest unsupported dome in the world and remains one of the most important structures of architecture from the Roman empire. Used today as a Church of St. Mary and the Martyrs, be sure to see the Fontana del Pantheon and the Tomb of the famous artist Raphael.

One of the most popular attractions in Rome is the famed Colosseum, visited by as many as 5 million people every year. Known as the largest amphitheater in the world, the “Flavian Amphitheater” (named after Roman Emporer Flavia) was constructed in a record nine years by 60,000 Jewish slaves and seated up to 55,000 people according to their rank. As home of the deadly gladiator games, sadly 400,000 people and over a million animals lost their lives. The building is vast, impressive and filled with all sorts of historical trivia so a guided tour is a must. 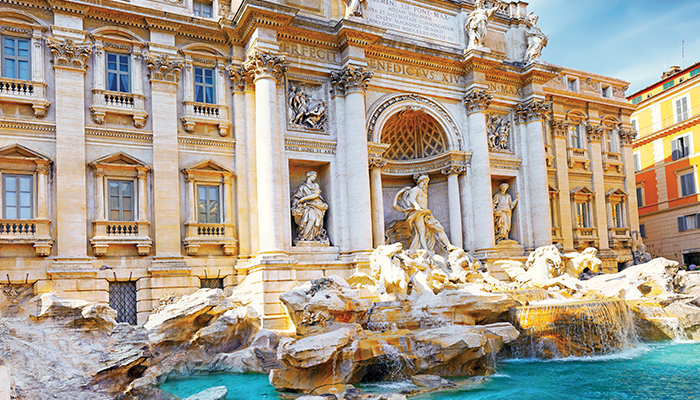 The Fontana di Trevi or Trevi Fountain is the most popular of Rome’s astounding 1,352 fountains. Constructed of travertine stone in the 4th century, tossing a coin over your shoulder and making a wish is a beloved pastime with monies going to charity. The Trevi underwent a major face-lift by Italian fashion house Fendi for a reported 2.2 million and has never looked more stunning. The famed fountain has also had its share of time in the cinematic spotlight, featured in movies such as Three Coins in the Fountain (1954), Roman Holiday (1953) and La Dolce Vita (1960) with Anita Ekberg jumping in the fountain with her clothes on. 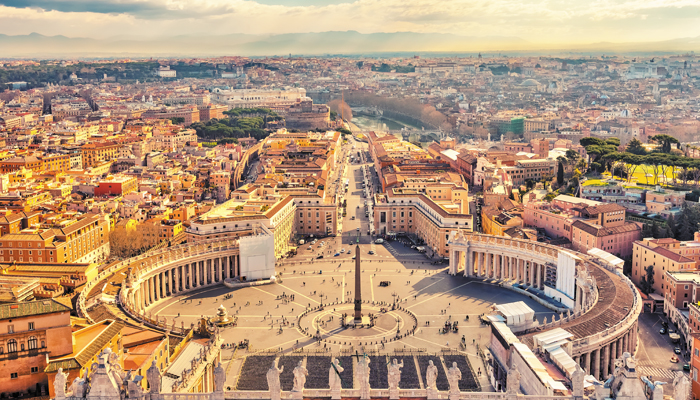 Considered the smallest state in the world, Vatican City is comprised of 109 acres and best known as the home of the pope, papal palaces and the world capital of Catholicism for 1.2 billion followers. Erected in 4th century AD, highlights include the new St. Peter’s Basilica (the largest religious building in the world) which holds hundreds of sacred masterpieces and the Sistine Chapel where Michelangelo frescoed ceilings with scenes from Genesis and the walls with The Last Judgement. In addition to the residences and museums, the Vatican also houses gardens, post office, pharmacy, newspaper, radio and a bank.

Rome certainly has its share of impressive monuments, many best seen in the public square of the Piazza Navona. Sip a cappuccino and take in the views of the Gian Lorenzo Bernini’s Fountain of the Four Rivers and Francesco Borromini’s Sant’Agnese in Agone at the 15th century square that dates back to lst century AD.

Located in Villa Borghese Park, the collection of Cardinal Scipione Borghese is housed in this garden villa and the largest national park in Rome. The unique collection of Roman, Renaissance and Baroque art includes Bernini’s greatest masterpieces (Apollo and Daphne) and works by Raphael, Titian and Caravaggio along with famed Sleeping Hermaphrodite and said to rival those of the Sistine Chapel. Built in the 17th century, the gardens of the beautiful private estate were once home to ostriches and peacocks.

Ready to explore? Appreciate all that Rome has to offer via the Hop-On Hop-Off Rome and Panoramic Rome FREE Unlimited Shore Excursions.