From the unparalleled wilderness to the majestic mountains, glaciers and national parks, the “Last Frontier” known as Alaska is on every traveler’s bucket list and with good reason. And while the state’s great beauty is a big draw, often it’s the animals that are the main attraction.

The 49th state boasts one of the most diverse array of wildlife with bears, moose, Dall sheep, bison and wolves as the most popular residents of the untamed wilderness. Here is a quick primer on Alaska’s most beloved inhabitants.

Perhaps the most well-known are the brown “grizzlies” who remain second to the black bears (50,000 and counting) in population. The best time to catch a bear at play or feeding their young during “salmon runs” in the rivers is at dusk or dawn. The month of June is peak time to catch a glimpse of a bear as well as mating season in July. And as tempting as it may be, keep your distance and snap the bears with a telephoto lens and silence is the order of the day. As for polar bears, they can be found in their native Arctic habitat with October and November being peak viewing seasons. 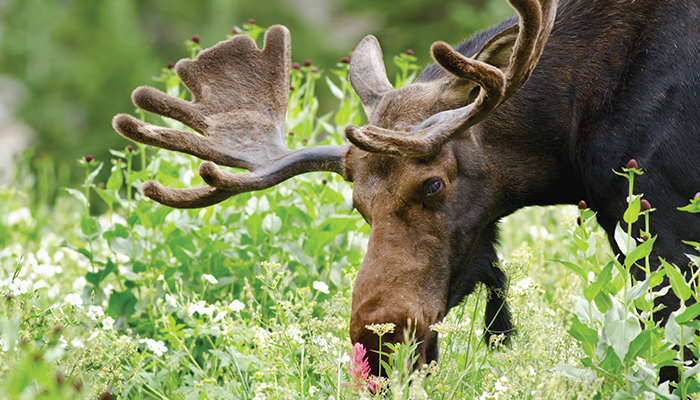 Nothing is more iconic (or intimidating) than the sight of a majestic six-foot-tall moose in Alaska. Sightings are more prevalent as they can be seen lumbering down the highway or like their cousin the deer, foraging for food in the city (Anchorage’s Kincaid Park and Coastal Trail are popular spots). 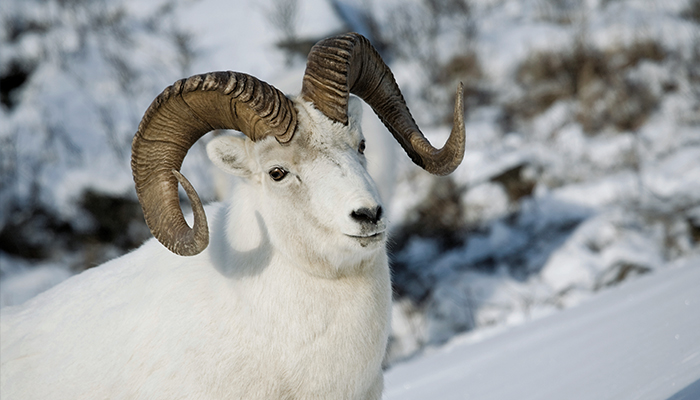 Named after the explorer and founder of the National Geographic Society William Dall, Dall sheep are known for their beautiful white coats and amber-colored horns and ability to scale large cliffs. They can best be spotted at Windy Point (south of Anchorage) where their cloven padded hoofs allow climbing the cliff’s jagged, rocky edges and perfect place to hide from predators.

No trip to Alaska would be complete without a sighting of the national mammal of the United States. While almost extinct, the plains and wood bison are making a resurgence thanks to conservation and the efforts of the World Wildlife Fund. As one of the nation’s largest animals (weighing up to 2,600 pounds), they can best be seen on Alaska’s Richardson Highway in Delta Junction particularly in the summer months. 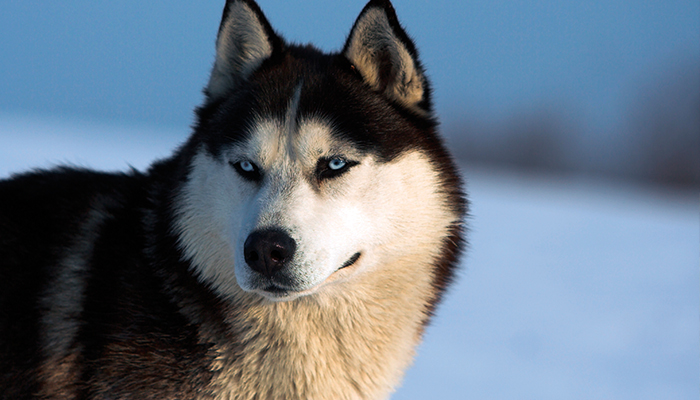 The largest population of wolves in the United States call Alaska home. Traveling in packs of five to twenty, these social animals are one of the most emblematic of the state and as predators, keep the rabbit, beaver and deer population in check.

Caribou, bison, yellow-beaked bald eagles, Beluga whales (known as “canaries of the sea” for their unique noise), black-footed ferrets, mountain goats, walruses and even monarch butterflies are just a few of the unique animals you can catch a glimpse of in their native playground.

See all that Alaska has to offer on a luxury voyage aboard  Seven Seas Mariner® with tailored excursions for the best viewing. The Kenai Fjords Wildlife Cruise from the port of Anchorage features encounters with bird rookeries, sea lion colonies and whale and otter sightings. The Exit Glacier and Alaska Sealife Center tour focuses on the state’s only public aquarium and ocean wildlife rescue center, promising views of puffins, octopus and seals. Humpback whales can be seen at Point Adolphus (a boat rider from Icy Strait Point) on the Whale and Marine Mammals Cruise and the Whale Watching & Wildlife Quest and Mendenhall Glacier and Whale Quest from the port of Juneau.