As the cherry blossoms start to bloom next spring, 700 pampered guests will spend two magnificent days exploring Osaka, the third largest city in Japan and the central metropolis of the Kansai region. From the astonishing Osaka Castle to the lively Namba district, there is plenty to see in this awe-inspiring hub for land, sea and river-canal transportation.

Below are a few of our favorite experiences in Osaka.

Osaka shines as one of Japan’s most modern cities, yet it holds its past dear, as witnessed by a visit to the Osaka Castle, now a major symbol of the city. The extraordinary five-story donjon, constructed from ferro-concrete after the original in 1931, displays items relating to the Toyotomi family. Though the original castle was destroyed over the years, many of the key features of the complex still remain, including turrets and sections of the walls that border the surrounding moat.

Experience daily life in ancient Japan at the awe-inspiring Sumiyoshi Taisha Shrine, known for attracting large crowds on New Year’s Day for hatsumōde (the first Shinto shrine visit of the Japanese New Year). This shrine is believed to have been founded in the 3rd century by Empress Jingu to enshrine three guardian gods for seafarers. 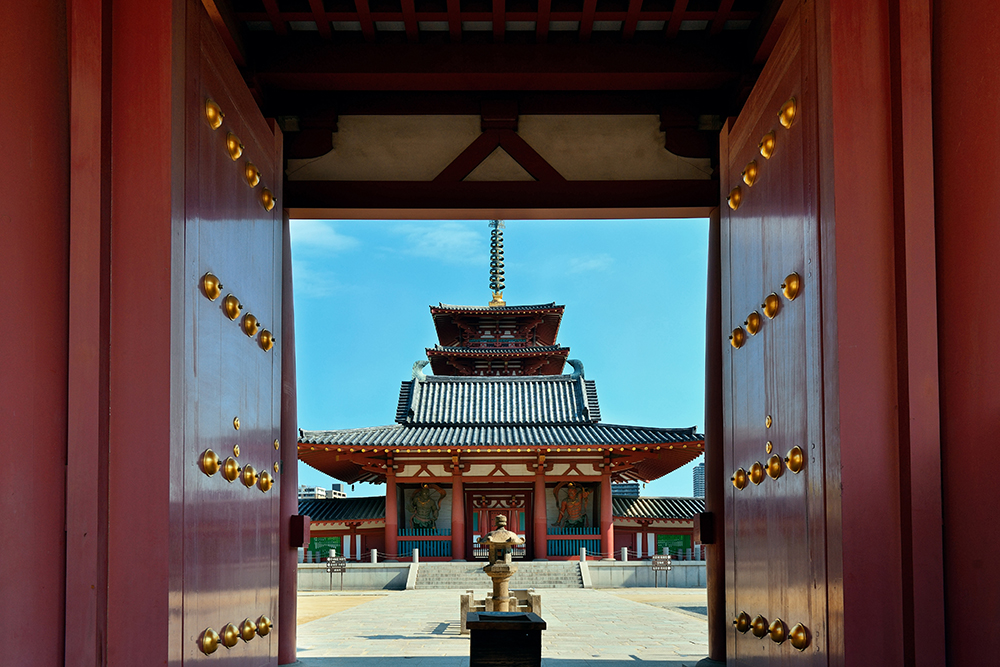 Built in 593 AD, Shitennoji Temple is believed to be the oldest Buddhist temple in Japan. Discover the temple’s great southern gate, or nandaimon, central gate, or chumon, the pagoda, main hall, or kondoh, and lecture hall, or kodo. All are constructed in the straight-line, Shitennoji Cathedral style. Further exploration will lead to six national treasures, along with many other items of cultural importance housed in Shitennoji Temple. 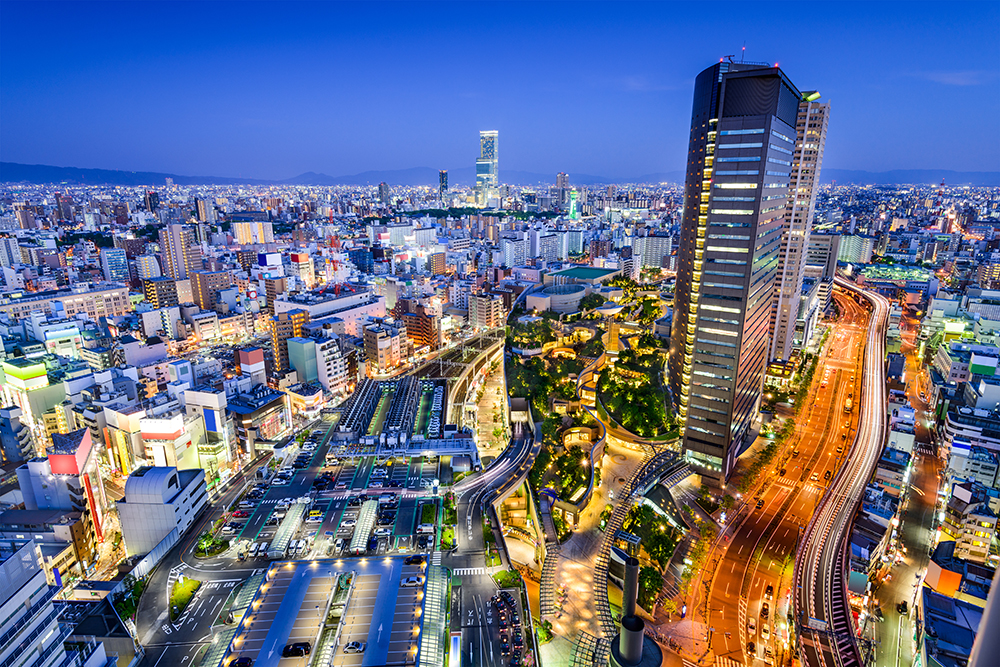 Osaka’s energetic Namba district, an irrepressible hub for shopping, dining and entertainment, is the perfect place to discover the city’s culture. Within Namba, or Minami as it’s called locally, a plethora of stores and boutiques are found selling every imaginable type of merchandise, from designer fashions to miniature Buddha statues. For the gourmand, the dining choices are just as diverse and include everything from whale sashimi to homemade tofu. The locally made sake, which is often flavored with pears or peaches, makes for a wonderful toast to a perfect day in Osaka.