Encounter South America’s ever-changing landscapes in a continent of sublime contrasts. Silver-blue Chilean Fjords give way to lush, emerald lagoons. The searing hot rhythms of Buenos Aires echo the shaded cool whisper of Peru’s colonial Spanish cathedrals. And the natural wonder of Petrohue Falls will take your breath away. Here is fire and ice, the wild pampas, indigo mountains at the bottom of the world, ancient empires in the clouds, and the down-to-earth pleasures of vibrant, inviting ports.

Considered one of the richest ecosystems in the world, this protected park is home to abundant marine and bird life. 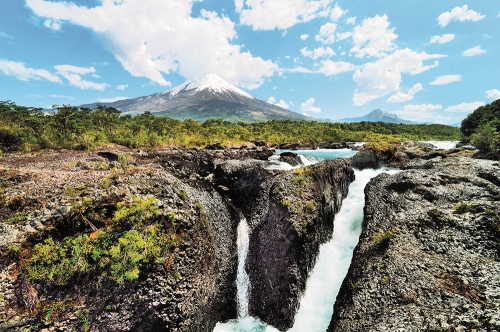 Take in glorious views of the Osorno Volcano and emerald-colored waterfalls of Petrohue. 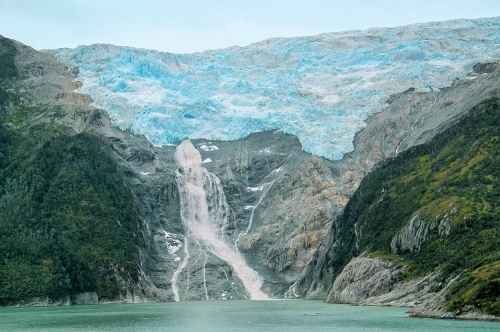 Covering more than 1,000 miles and offering incandescent glaciers, massive icebergs and stunning vistas from the magnificent Andes, the Chilean Fjords is a must-visit destination.

This 150,000-acre park gets its name from the forest were damaged by fires long ago and are almost ghostlike today, with stark pale gray trunks standing in contrast against the backdrop of lush green vegetation.

On Bluff Cove Lagoon are 1,000 breeding pairs of Gentoo penguins and a growing colony of King penguins and their chicks.

Experience all of these wonders on the 21-night Passage to Patagonia voyage aboard Seven Seas Mariner® departing Lima on January 31, 2016.