Seven Seas Voyager emerged from dry-dock October 23 with a dramatic, breathtaking new interior and refreshed exterior decks. From the bold yet soothing tones of the Observation Lounge, to the inviting sophistication of Horizons, every area exudes a sense of style and elegance. The refurbishment was over-seen by Frank J. Del Rio, Chief Executive Officer, who flew to Marseille, France for a final inspection before Seven Seas Voyager set sail. 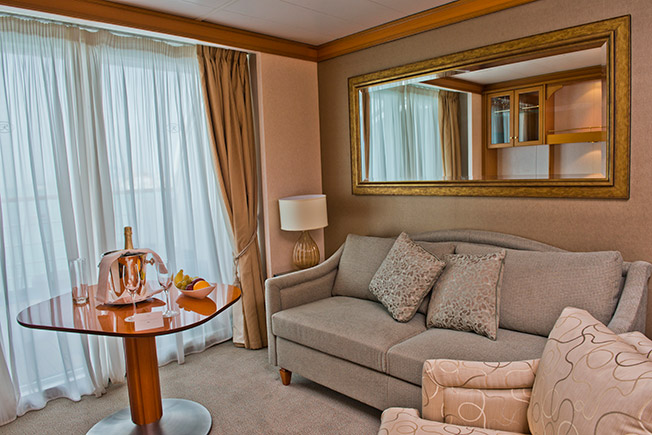 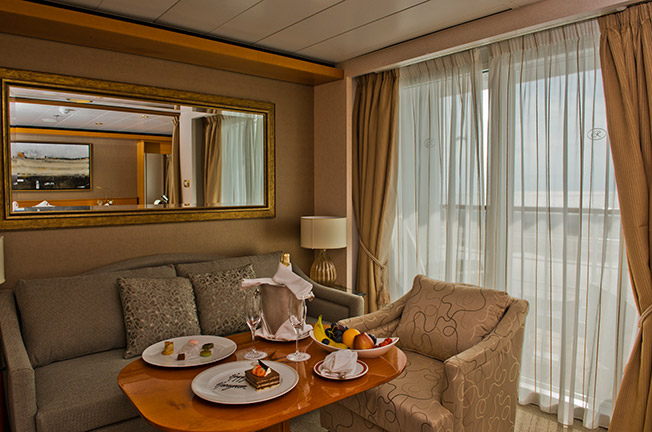 Horizons, the ship’s nightclub and bar, and the Observation Lounge each underwent a complete, radical transformation. 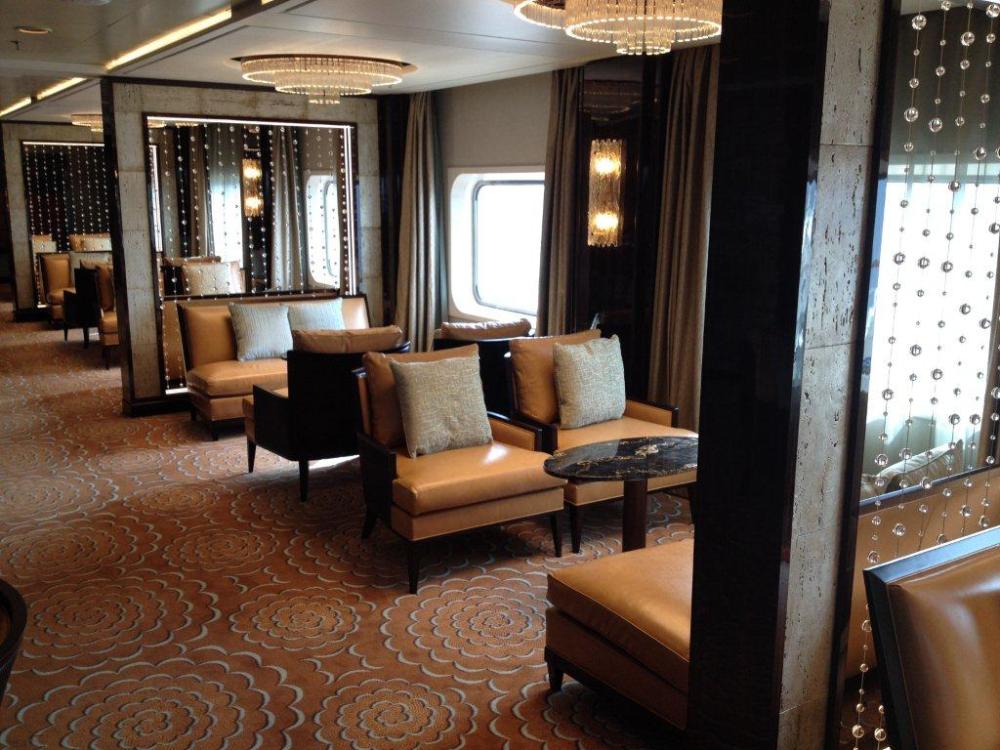 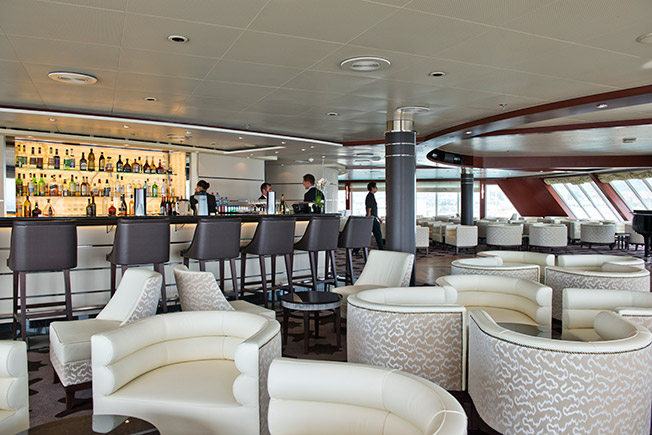 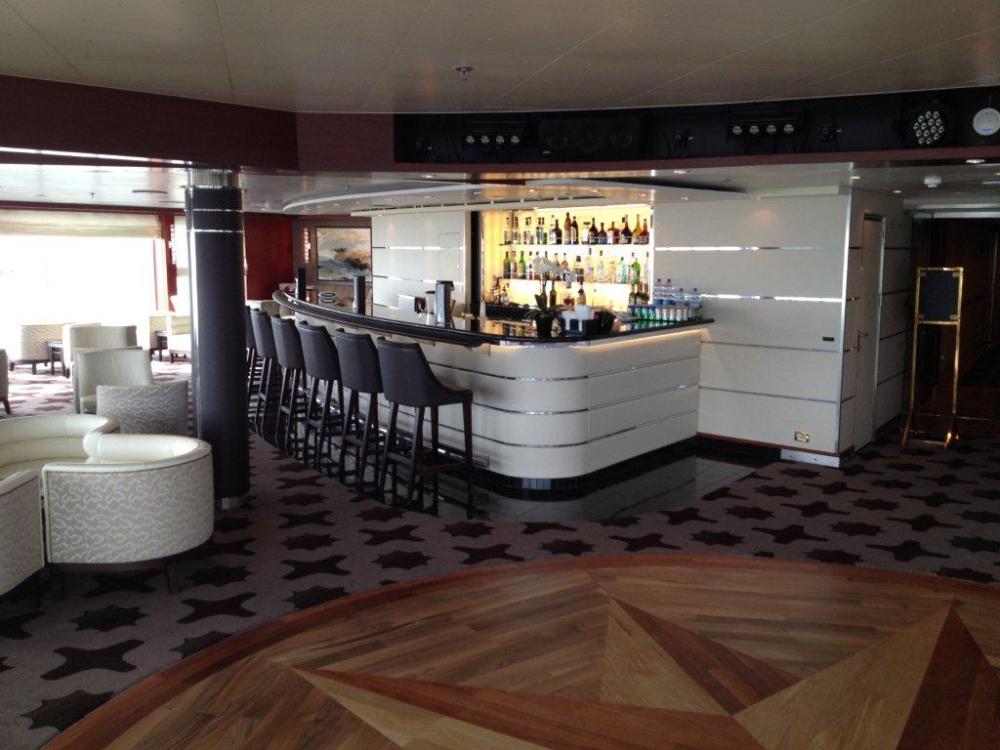 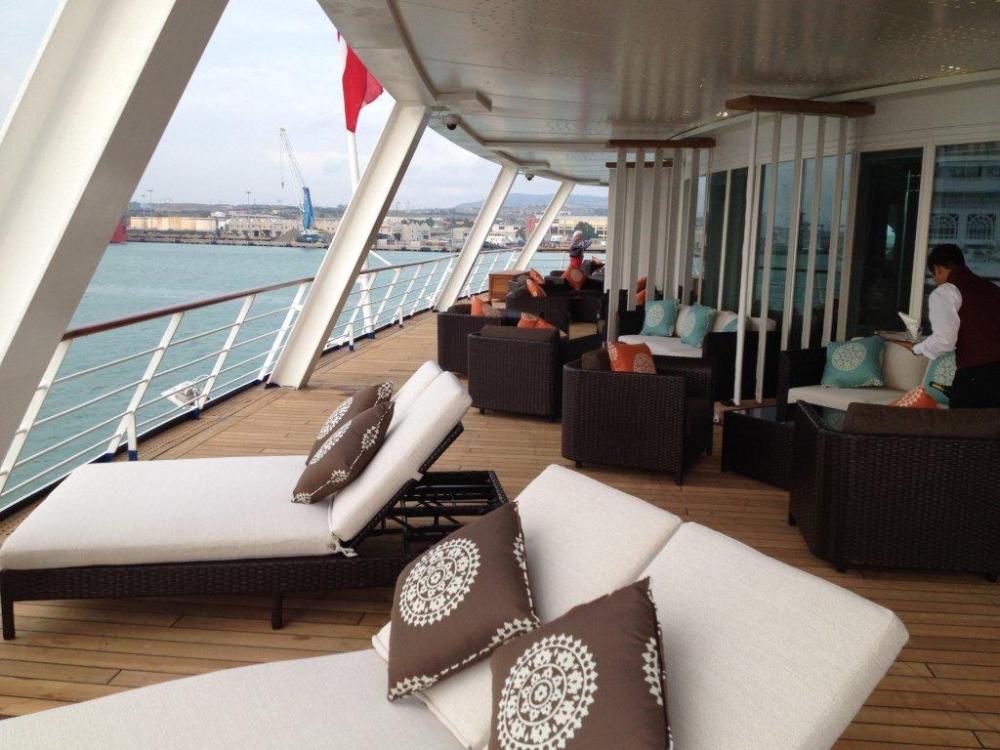 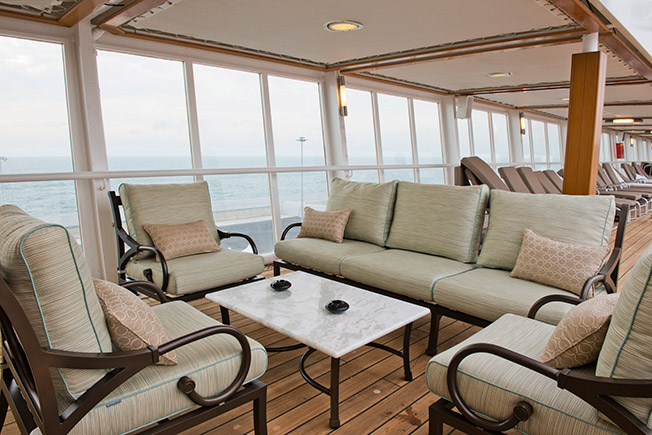 The ship’s exterior decks received just as much as attention as the interiors. New teak was installed on the balconies of all 350 suites and teak decks in common areas were re-surfaced and re-finished to brand-new condition. The Pool Deck, as well as the ship’s outdoor relaxation areas on Decks 5, 11 and 12, now feature brand new resort furniture and stylish accents.